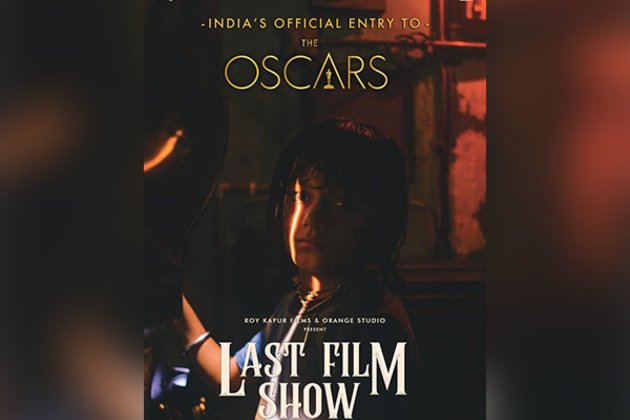 The film has been nominated and screened at prestigious film festivals across the world like Tribeca, Buenos Aires International festival of independent cinema amongst others. It also won best picture at the recent Asian World Film Festival in Los Angeles.

Last Film Show (Chhello Show) is a part-autobiographical drama that captures the charm of the western region of Gujarat while paying homage to the cinema of the past. It is a reminder of childhood innocence and the universal magic of the movies.

The film stars Bhavin Rabari, Vikas Bata, Richa Meena, Bhavesh Shrimali, Dipen Raval and Rahul Koli. The story is set against the backdrop of cinemas in India witnessing a massive transition from celluloid to digital, where hundreds of single-screen cinemas stand dilapidated or have disappeared altogether.

When the magic of movies conquers nine-year young Samay's heart, he moves heaven and earth in pursuit of his 35mm dreams, unaware of the heartbreaking times that await him.

Director Pan Nalin said, "Last Film Show is a celebration of films, food, friends, and family and now audiences across India can do exactly that from the comfort of their homes while watching it. As a filmmaker, I dream that the movie reaches the maximum number of people, and now, thanks to Netflix, Last Film Show is just a click away."Producer Siddharth Roy Kapur (Roy Kapur Films) said, "As we take forward the journey to represent India with our film at the 95th Academy Awards, we are thrilled that Last Film Show has found its home at Netflix India and we are sure that the magic and beauty of Nalin's cinematic creation will enrapture Netflix audiences in India, just as it has with theatrical audiences in India and around the world."Producer Dheer Momaya (Jugaad Motion Pictures shared, "I'm elated that our film will be made available on Netflix India. They have a highly engaged subscriber base in India, and it will be great for families to enjoy this film from the comfort of their home during the year-end holiday season."The original Gujarati language film will also be available to watch with Hindi dubbing, only on Netflix India. (ANI)