India discusses cooperation under IBSA in it's ongoing Chairship 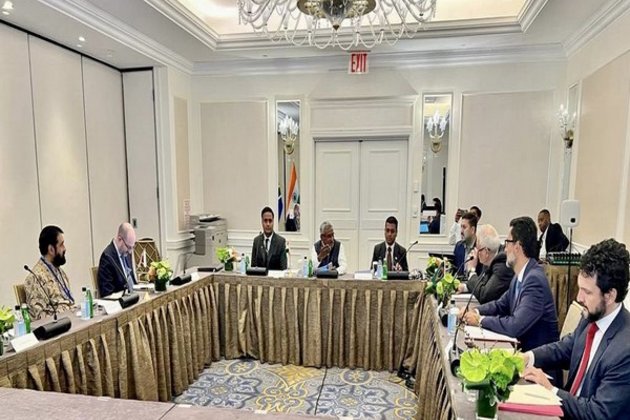 The IBSA is a trilateral, developmental initiative between India, Brazil and South Africa to promote South-South cooperation and exchange.

The idea of South-South Cooperation (SSC) is not new. Its genesis can be traced back to the decades of efforts by countries and groupings working together to ensure South-South solidarity such as Bandung conference 1955, Non-Aligned Movement 1961, G77 grouping, UNCTAD, the Buenos Aires Plan of Action 1978, and the 2009 Nairobi declaration.

India and Brazil have reaffirmed the urgent need for a comprehensive reform of the UN Security Council (UNSC) to help combat contemporary challenges to international peace and security, according to the Ministry of External Affairs.

This consensus was reflected in a joint statement released after the 8th Brazil-India Joint Commission Meeting (JCM). The joint commission, which was held in Brasilia on August 24, was co-chaired by External Affairs Minister (EAM) S Jaishankar and his Brazilian counterpart Carlos Alberto Franco Franca.

According to the MEA statement, the Strategic Partnership established in 2006 has deepened over the years to cover several sectors. The partnership is based on shared democratic values, a similar global vision, and a commitment to foster economic growth with social inclusion and sustainable development for the welfare of their people, it added.

The MEA said the two countries also cooperate extensively in multilateral organisations, including the United Nations, and plurilateral fora such as G20, BRICS, IBSA, BASIC and G4.

Meanwhile, the External Affairs Minister, S Jaishankar, who is on a 10-day visit to the United States to attend the 77th session of the UNGA met foreign ministers of the Dominican Republic, Roberto Alvarez and lauded growing cooperation between the two countries.

"Good to run into my friend @RobalsdqAlvarez, FM of Dominican Republic at UN HQs. Our new resident Embassy is a statement of our growing cooperation," tweeted Jaishankar. (ANI)