Two years after Beirut blast, the search for justice continues 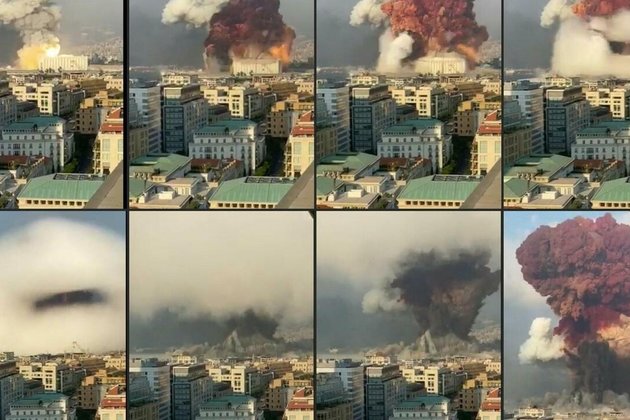 Lebanon marks two years Thursday since a chemical explosion in Beirut port killed over 200 people, destroyed a large part of the city and deepened an economic crisis. Relatives of some victims are planning to march in protest against legal and administrative delays in the official handling of the case.

On 4 August 2020, the most powerful non-nuclear explosion ever recorded destroyed much of Beirut port, sinking berthed vessels and flattening swathes of the capital.

The blast was caused by a fire in a warehouse containing a vast stockpile of the industrial chemical ammonium nitrate.

The explosion killed more than 200 people and left 6,500 injured.

The tragedy struck as Lebanon descended into what the World Bank later described as one of the world's worst financial crises in 150 years.

The French leader called for an international probe into the disaster, a call rejected by Lebanese President Michel Aoun.

On 8 August 2020, thousands of people demonstrated against Lebanon's leadership.

The follwing day, a donor conference raised around 300 million euros in aid for the victims. The donors insisted the money be distributed directly to the Lebanese people, not entrusted to the government.

In December 2020, Fadi Sawan, the man leading the investigation into the blast, charged Hassan Diab and three other former ministers with negligence. Sawan was removed from his job and the probe was supended.

In July 2021, the new magistrate in charge of the investigation, Tarek Bitar, tried to indicte four former ministers but parliament refused to lift their immunity.

Hezbollah, the Shiite militant party, called for Bitar to be removed, after he accused two Hezbollah allies of negligence. Bitar was forced to suspend the probe following a series of court challenges..

Earlier this year, the families of victims launched a court claim for damages of 250 million dollars against US-Norwegian energy services company TGS over its alleged links to the ammonium nitrate which caused the explosion. TGS has denied any responsibility.

No government official has yet been held accountable for the blast.

Three separate marches are planned in Beirut on Thursday to mark the second anniversary of the explosion.