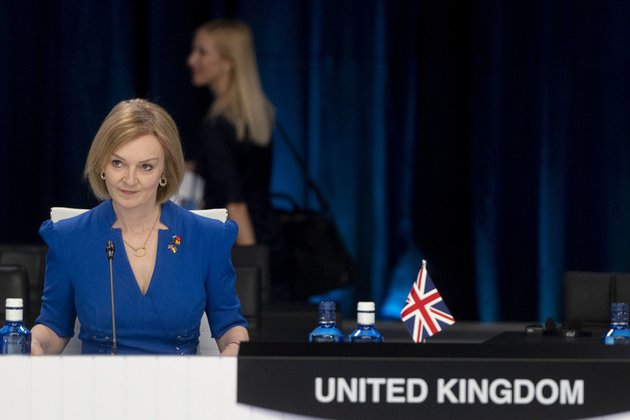 Such rhetoric is ?unhelpful? for Kiev, the British foreign secretary has said

British Foreign Secretary Liz Truss has argued that calling Russia's military campaign in Ukraine an example of President Vladimir Putin's "toxic masculinity" is not the best way to help Kiev. Prime Minister Boris Johnson previously suggested that Putin would have behaved differently on the world stage if he were a woman.

"I don't pretend that I can conduct a psychological analysis of him," Truss told Times Radio this week. "Nor do I think it's helpful because, ultimately, what we need to make sure [of] is that we are supplying the Ukrainians with all of the equipment, all of the political support that they need to win this war."

Asked if female leaders were less aggressive than their male counterparts, Truss replied: "I think that both women and men are capable of terrible and appalling acts."

Truss' comment came after Johnson suggested this week that the Russian president would not have launched a "macho war of invasion" in Ukraine if he "was a woman." He also labeled Russia's actions in Ukraine "a perfect example of toxic masculinity."

Kremlin spokesman Dmitry Peskov also responded to Johnson's remarks, saying: "Old Freud would have dreamed of such a research subject during his lifetime."