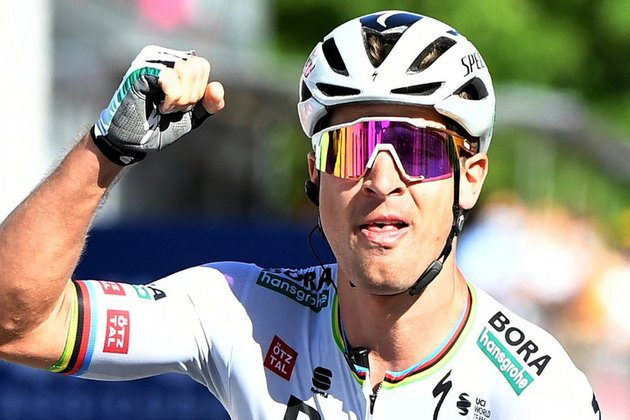 A top cyclist has admitted to an "ugly" altercation with police and apologized after being punished by a court following a drunken incident that his lawyer claimed was driven by Covid vaccine fears.

Colorful three-time world champion Peter Sagan was with his brother when police stopped him in what he claims was a request for a drugs check in Monaco on April 25.

The 31-year-old "struggled like a mad person" during the incident, according to Monaco Matin's account of the court hearing, injuring a police officer to the hand.

Sagan, who is said to have not received a Covid jab at the time, reportedly resisted detainment because he feared he would be "forced to be vaccinated"

The seven-time green jersey winner at the Tour de France was quoted as previously claiming he could not remember what had happened, putting the fiasco down to not being used to feeling drunk.

In a new announcement on Monday, the Slovak told fans he wanted to "take this opportunity to convey my most sincere apologies."

"It was an ugly experience that made me think profoundly and draw valuable lessons," he added. "I am truly sorry for this incident which will not happen again."

The siblings had also broken a Covid curfew when they were stopped after midnight in the principality.

Apologetic Sagan has been fined around $5,600, as well as a charge of around $112 for breaking the curfew.

He will also have to pay more than $1,600 in civil charges following the court ruling.

Le Parisien claimed that Sagan, who will move from UCI WorldTeam Bora-Hansgrohe to UCI ProTeam Team TotalEnergies in 2022 made around $5.6 million in income in 2021.

Sagan tested positive for Covid at a pre-season training camp in February and told Cycling News he is not opposed to vaccination, having since taken the treatment.

"I'd been at my ex-wife's apartment to put my son to bed, I had a couple of glasses of wine and then decided to return to my apartment even though the night-time curfew had begun," he said.

"I needed to go home because it's my address for anti-doping controls. I travelled the 500 metres between the apartments on an electric scooter driven by brother Juraj.

"I wasn't driving and wasn't in a car, and so didn't undergo an alcohol test. But the police wanted to take me to hospital to carry out a drug test which I didn't understand.

"That's what I was angry about and led me to push the police officer. I'm very sorry about the whole incident."

He appears to have had a happier time in Argentina this week, where he headed to a game at the 54,000-capacity home of leading football club Boca Juniors, receiving a shirt synonymous with former star player Diego Maradona while he awaits the start of the Tour of San Juan at the end of January.

"Not only was I able to attend an emotional game in the storied Bombonera but, thanks to my friends from San Juan, I also had the immense privilege of receiving from [Boca] the legendary team jersey [number] 10 with my name on it," a thrilled Sagan told his Instagram following of almost two million. "Now I am almost ready to ride with all of you at the Boca."