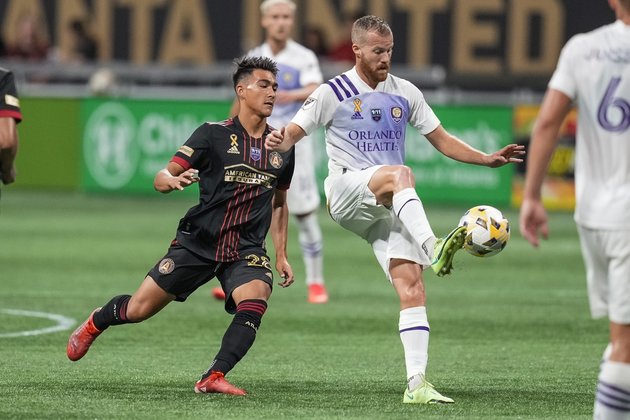 Orlando City SC can set a new club record for home wins in a single season when they host CF Montreal on Wednesday.

The club is coming off a 3-0 loss at Atlanta United on Friday.

"It's one of the most important weeks of the year," midfielder Andres Perea said. "We know that as a team we have to take it step by step. We have to focus on Wednesday's game, play the best way we can at home. We know we have to win."

Orlando is expected to have goalkeeper Pedro Gallese available after representing Peru at the World Cup Qualifiers last week.

Montreal (8-8-7, 31 points) will be in tough against an Orlando side that has shut the club out in each of their past three meetings. Offense has been a struggle for Wilfried Nancy's squad, which has been held to one goal or fewer in seven of their past 10 games.

The club, which is coming off a 1-0 loss to Nashville SC on Saturday that ended a four-game unbeaten streak, has hovered around the seventh-place cut-off for a postseason berth for most of the past two months. They'll kick off a key stretch on Wednesday, with six games over the next 21 days in both MLS and Canadian Championship matches.

"There are a lot of games over few weeks in addition to the Canadian Championship," midfielder Djordje Mihailovic said. "It's an important month for us. If we can solidify our position above the playoff line, that will help us finish out the season."

Winger Lassi Lappalainen and midfielder Ballou Tabla, both sidelined with groin injuries, could be close to returning, Nancy said.