Akash Mishra talks about influence of his mother 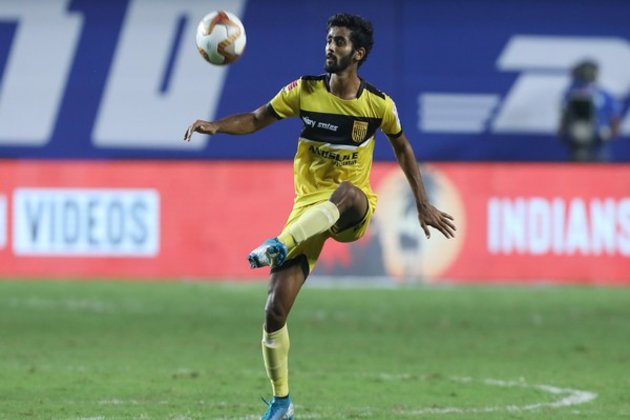 New Delhi [India], May 9 (ANI): Akash Mishra was in Balarampur but not at his home when he received the phone call. And thereafter, he ran like anything - like running for his life. Perhaps, he had never run so fast. He reached home and the embrace of the son and his mom (Suman Mishra) tells us the entire story. Akash was desperate to divulge it to his Mummy prior to anyone that he had been summoned for the Indian senior national team camp.

Even as Akash went on to make his international debut against Oman, he prefers to talk more about the sacrifices of his mom than his own exploits whenever you speak to him. "Mummy's influence on my life has been immense," he said in an official release issued by AIFF.

"Let me give you an example," he continues. "It's mainly the mental support that she provides. My family back home watches all my matches on TV. When I have a bad game, my mother calls me up afterwards to console me. She never speaks technical stuff but gives me emotional support. And we talk for long," said Akash.

"She understands when I'm disheartened after a bad game and knows the right words. It helps me get up the next morning and train harder," he added.

"It was a very frustrating period for me. I had a long injury lay-off and could not even get on the training pitch on most occasions," said Akash.

"In the evenings I would cry on the phone with my mother. The uncertainty about the future at such moments can be very unnerving, but Mummy gave me the strength to carry on," he added.

Akash's mother took the decision to come down to Bhubaneswar where the Indian Arrows were based -- just to be close to her son when he was going through such a difficult time.

"I was quite surprised when she decided to come to Bhubaneswar. You need to understand that we are from a small town, and the people of Balrampur do not generally venture to other parts of the country. So when she came to Bhubaneswar to take care of me it was quite an extraordinary gesture. And she had never moved out earlier. And here in Bhubaneswar, she came alone. It cheered me up," Akash said.

"I was already working with the team physio on my recovery schedule, and most of our needs were already taken care of. But just the fact that my mother was there, and that she was there to support me at a difficult moment in my life, meant a lot," he further explains.

Growing up in a joint family, Akash has always to deal with the expectations and perceptions of those around him. However, when the question arose of whether the youngster would concentrate on football or not, there were a few doubts going around.

"Nobody in my family was from a sporting background. All had their doubts because they all were of the opinion that studies were the way forward," says Akash. "But Mummy gave me tremendous support.""Another point that I had mentioned earlier - people in our town have this perception that you need to study and build a career in Balrampur itself. Log bade sheher mein nahi jaate (We don't go to the big cities) still stays the perception," he continues. "There were just no examples of anybody doing so in our town."While he received tremendous support as he pursued the 'Beautiful Game' in his earlier days, Akash was ever so careful of treading the fine line when it came to crossing his mother.

"Well, my father was the more lenient parent back when I was growing up. So, Mummy would often play the bad cop," recalls Akash. "But I knew that whenever she was scolding me, she was actually trying to drive home some important point or lesson. Mummy ki daant alag hoti hai (A mother's scolding is different). It is more of a lesson." (ANI)