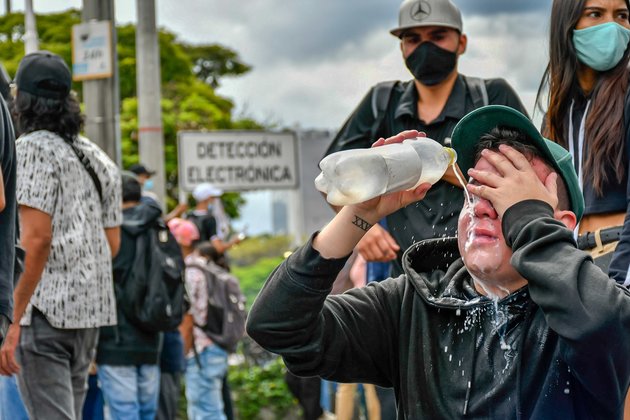 Bolivia's former president Evo Morales on Thursday condemned the violence recorded since April 28 against the national strike in Colombia, with dozens of deaths.

Colombia is suffering what Bolivia experienced in 2003, its people are suffering repression in an attempt to impose the neoliberal recipe of taxation, wrote the leader of the Movement Towards Socialism (MAS) on Twitter.

Social demands must pave the way to structural changes, tweeted the former president (2006-2019).

Colombian State repression can only be understood by the presence of US military bases in its territory, the political support of the US government and the complicity of Luis Almagro and the Organization of American States, he disclosed in another message.

Colombian mobilizations began nine days ago as a sign of rejection to the tax reform proposed by the Duque administration, considered harmful to the working class and lower income people.