Paolo Dybala reveals he is yet to fully recover from coronavirus 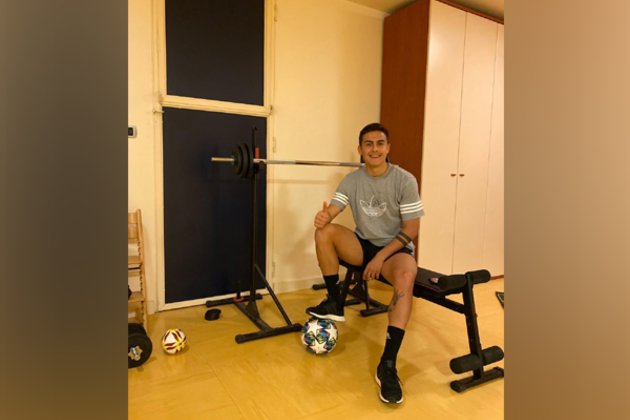 Leeds [UK], June 8 (ANI): Juventus and Argentine forward Paolo Dybala has said that he is still not 100 per cent fit after overcoming coronavirus.

Dybala had confirmed in March that he along with his girlfriend Oriana Sabatini tested positive for coronavirus, Goal.com reported.

The forward had then isolated himself for over a month and he finally tested negative for coronavirus on May 6.

"I had coronavirus, but I feel much better now. I am still not quite at 100 per cent, but I'm pretty good. We've started training again and football is coming back, so soon we will be able to do what we love the most," Goal.com quoted Dybala as saying during an Instagram live chat.

"I hope we can have fun and entertain. I think it will be useful because we will have many consecutive football matches, and people like us who love this wonderful sport will have the opportunity to watch a different game every day," he added.

Serie A has been suspended since March due to the coronavirus pandemic, but the league action is all set to resume from June 20.

Before the suspension of Serie A, Juventus was at the top of the standings and was one point clear of second-placed Lazio.

Juventus will take on Bologna on June 22 in the Serie A, but before that, the side will play their second leg of their Coppa Italia semi-final against Milan, which takes place in Turin on June 12.

The first leg between the teams finished as a 1-1 draw. (ANI)

DES MOINES, Iowa: As the number of Iowa residents who have been vaccinated against Covid rises, the demand has fallen ...

THE HAGUE, Netherlands: Dutch Prime Minister Mark Rutte announced the easing of the country's months-long coronavirus lockdown on Tuesday. A ...

TORONTO, Canada: The province of Ontario, Canada will offer AstraZeneca vaccines to people 40 years and over. This follows a ...

Concerns over Covid causes U.S. to urge not traveling to 80% or world

WASHINGTON D.C.: Citing the need to protect U.S. citizens from contracting the Coronavirus, the U.S. State Department said on April ...

NEW YORK, New York: Those who have been inoculated against COVID-19 with the Pfizer vaccine will likely need a third ...

'There will be consequences' to death of Navalny, warns U.S. official

WASHINGTON D.C.: Russia should expect a strong response from the United States if imprisoned political leader Alexei Navalny dies during ...

ORLANDO, Florida: April 19 -- Amazon is moving ahead with plans to launch 3,200 satellites to offer Internet services from ...

SYDNEY, NSW, Australia - Stocks in Japan took off on Thursday with solid gains also being recorded in Hong Kong ...

WOONSOCKET, Rhode Island: The major American pharmacy chain CVS Health announced this week that it would offer three brands of ...

BANGKOK, Thailand: Thailand is on the brink of putting the finishing touches to one of the largest projects installed atop ...