Son bounces back with a brace as Spurs thrash Red Star 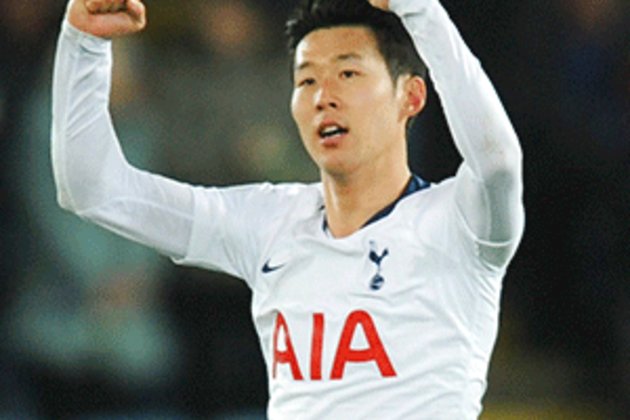 Belgrade - Son Heung-min bounced back from a traumatic weekend by scoring twice as Tottenham beat Red Star Belgrade 4-0 on Wednesday to take a huge step towards reaching the last 16 of the Champions League for a third straight year.

The South Korean was left in tears after being sent-off for a challenge that led to Everton's Andre Gomes suffering a horrific ankle break on Sunday.

His red card was rescinded with Gomes's injury largely due to an awkward landing for the Portuguese midfielder.

But Son still held his hands up apologetically after two second half strikes that secured a Spurs' first away win in all competitions since a remarkable comeback against Ajax in May that took them to last season's Champions League final.

"It was a really tough few days, but with our teammates I realised how lucky I am," Son told BT Sport.

"I still feel really sorry about this accident and this situation, but I had to focus for the team as well.

"I think this is my right answer to all the people who supported me."

Giovani Lo Celso also scored his first goal on his first start for the club and Christian Eriksen rounded off the scoring on a positive note for Mauricio Pochettino's men, who backed up their 5-0 thrashing of Red Star at home two weeks ago.

Tottenham move four points clear of Red Star in second place in Group B and will guarantee qualification with victory at home to Olympiakos on November 26.

"We are so pleased with the performance of the team," said Pochettino.

"Now we need to keep going, it's only one game. We need to add three points more, but it is a good feeling after Everton.

"We are going in the right way to the performance that everyone expects."

Spurs had tracked Lo Celso for much of the summer, but only completed a loan deal from Real Betis on the final day of the transfer window.

The lack of a proper pre-season contributed to injuries that had restricted the Argentine to just 74 minutes of action in six substitute appearances before tonight, but there were encouraging signs as Lo Celso added guile and a goal threat to the Tottenham midfield.

However, his goal came in comical fashion after a series of misses by Harry Kane and Son.

Kane first hit the post before Son's follow-up was blocked on the line. Kane then dragged a shot across goal where Son somehow hit the bar with the net gaping before the ball dropped for Lo Celso to finally apply the finishing touch.

Son was far more clinical to round off a flowing move just before the hour mark.

Tanguy Ndombele has also struggled to establish himself since arriving for a club record fee in July, but the French international enjoyed arguably his best game for Spurs so far and after he picked out Dele Alli, the England midfielder teed up Son to smash home.

Son soon had his fifth Champions League goal of the season, this time applying a simple finish from Danny Rose's low cross.

The uncertainty over Eriksen's future has been one of the scourges to a terrible start to the season in the Premier League for Spurs.

The Dane is out of contract at the end of the season and has been accused of lacking commitment as his form has dramatically dipped.

But even he received a welcome confidence boost five minutes from time when his deflected effort made it 4-0.