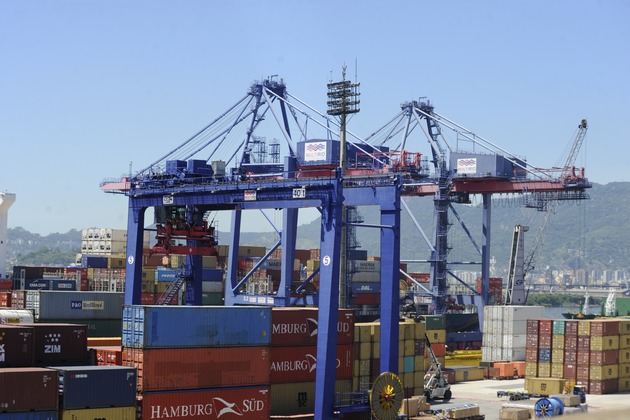 Brazil hit a $4.56 billion trade surplus in February, a peak level for the month of February since the beginning of the government's time series in 1989.

There was a 22.4% growth in exports compared to February 2016, considering the average amount of business per day, whereas imports rose 11.8%.

The largest import increases compared to February 2016 were seen in fuels and lubricants (34.9%) and intermediate goods (16.3%). Conversely, imports of capital and consumer goods were down 9.8% and 4.4% respectively.

A recovery in commodity prices has contributed to increasing Brazilian exports and the resulting trade surplus in January and February. The surplus in the first two months of this year was a combined $7.3 billion, a record for the period since the beginning of the time series in 1989.

According to Abrao Neto, Foreign Trade Secretary at the Ministry of Industry, Foreign Trade and Services, part of the price increase has been due to low comparison standards. "This [increase] can be partly explained by last year's very low comparison baseline, but there has been indeed a limited recovery in mineral commodity prices," Neto said.

"The increase in oil prices seems steady because of agreements between producers, but we still need to monitor iron ore further to see if this increase holds out," Abrao said.

SYDNEY, NSW, Australia - Stocks in Asia charged ahead on Tuesday, adding to gains made on Monday."Investors are trying to ...